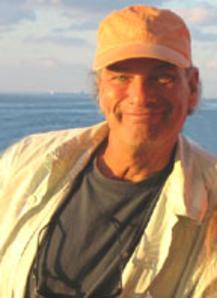 "Nordstrom was a simple man, who hatched a non-conformist plan to save his ass . . ."

OLAF NORDSTROMis a bartender/writer/fisherman/carpenter/ philosopher/sailor/survivor/raconteur of little repute who hails originally from the shorelines of Cape Cod.
After forsaking nearly everything which was his (including his own name), he set up life aboard his sailboat, SV Victorious Egret, then took a bearing south by southwest to gunkhole among the Elizabeth Islands. Much of what little time he spends ashore each summer is usually around the docks and bars of Woods Hole on the Cape, as well as those on Nantucket and the Vineyard.
Not one to drop his anchor for long, though, Nordstrom eventually sets course in the late autumn to head even further south to Crab Key, where he spends the season cooking, eating, drinking, fishing, sailing, reading, writing, playing his saxophone, and spending as little time working as the rest of the world will allow.
Since sometime in the early 1970s, he has been holder of the Guinness Book of World Records, as well as the writer of The Essential Book of Boat Drinks & Assorted Frozen Concoctions, The Margaritaville Cookbook, and Things You Know by Heart: 1001 Questions from the Songs of Jimmy Buffett. Recently, he completed Jimmy’s Buffet: Food for Feeding Friends & Feeding Frenzies, and now he is working on The Essential Book of Tequila.
Needless to say, Nordstrom loves the now.